Reproduction is the fundamental property of living beings. It is a natural experience for most couple. But for some, it may be a little too difficult to have one. The fertility of a man depends mostly on the health of his sperm. The sperm count and the quality should be well enough to be able to impregnate a woman and fertilize the egg. If any of these two things – number of sperm or the quality of the sperm are low, it will be very difficult for him to cause a pregnancy and sometimes even impossible naturally.

After diagnosing the fertilities of both the male and female partners if any reproductive issues are found in the male then male infertility is determined.

In most of the cases, there are no obvious signs of male infertility. The ejaculated semen will seem natural to that person and there might not be any issues in the day to day life. Although, if the quantity of ejaculated semen is very less, it might be an indication for the presence of a problem.

The semen analysis is the test which reveals everything about the sperm in a male body. It mainly checks for three properties of sperm – sperm count, sperm motility and sperm morphology. Sperm count is the number of sperm found in a unit of semen. Sperm motility is the measure of the ability of a sperm to swim inside the uterus. Sperm morphology is the shape of the sperm which should be normal.

Male infertility is typically brought about by issues that influence either sperm production or sperm transport. Through medical tests, the specialist might have the capacity to find out the reason for the issue.

Around 66% of men with known infertility have an issue with producing sperm in the testicles. Either low quantities of sperm are made or the sperm that are produced don’t work normally.

Sperm transport issues are found in around one in every five infertile men, including men who have had a vasectomy however at this point wish to have more kids. Blockages in the tubes driving sperm from the testicles to the penis can cause a lack of sperm in the discharged semen.

Other less common reasons for male infertility include sexual issues that influence the entering of semen into the female’s body; low hormone levels necessary for the production of sperm and sexual health; and sperm antibodies (found in one out of 16 infertile men). In most men, sperm antibodies won’t influence the opportunity of pregnancy but may diminish fertility.

What Happens If A Man Is Diagnosed Infertile?

If in tests it comes out that the male partner is infertile, assisted reproductive technologies (ARTs) are implemented to help in the process of fertilization. Surgical Sperm Retrieval is a technique to extract sperm from the testicles of a man so that those sperm can then be used for fertilization.

Intracytoplasmic Sperm Injection (ICSI) is the technique where a sperm is directly injected in the female egg extracted earlier and developed to form an embryo inside the lab. IVF wth donor sperm can also be used in the case of male infertility.

Aveya IVF is your best choice in case of male infertility. Our experienced fertility specialists can help in dealing with any kind of fertility problem so that you can also have your kids and start your family. 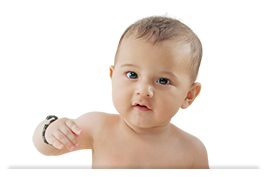